Welcome Back To The Show.
Following my usual routine, which is checking in to Good day L.A. to see what Jillian is talking about, I came across a commercial clip for the Tyra Banks show , and the subject of the day was Escorts and the industry of Prostitution, so I decided to put some time aside and see if I could get educated on the subject.

First and foremost, other notable mainstream publication moguls such as Flynt and Hefner built their bones by speaking and addressing the subject matter of sexual relations in America and the world at large.
Since it has shown to be a working example, I will go ahead and begin to touch on the subject as well. You would expect something of sorts with a name like PimpHop.com now wouldn’t you?

So , with that said, some of the featured guests were Dennis Hof,

owner and founder of the moonlite bunny ranch in the state of Nevada, as well as
Jason Itzler,

who was the owner of the now defunct NY Confedential Upscale Escort Service, and after his subsequent conviction is now the owner of a somewhat popular match making service for wealthy and influential individuals.

Tyra, was in an upbeat and cheerful mood throughout the show, which I can appreciate due to the fact that it is quite a popular trend for Rich Guys to date High Fashion Models, and for all we know, somewhere during the process of time , some form of sexual intercourse could take place between the model and subsequent man of affluence. This of course is all speculation as there is really no way to conclude of those to consenting adults were involved in “THE ACT”.

The show had a primary focus on some of the possible reasons why men hire escorts, the amounts of money they pay for their time, and effects that this type of behavior has on their personal relationships with their significant others.

A name that popped up quite frequently is that of
Eliot Spitzer, 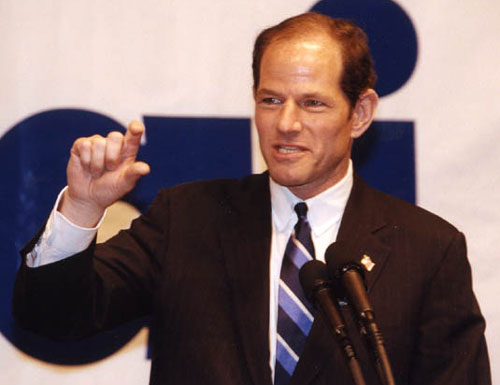 who was recently forced to resign from the office of Governor in the state of New York, when he was caught in the act of soliciting the services of a working woman.

The women in the audience basically desired to know the reasons why certain men find an irresistible need to invest large sums of money and time into the service of PROFESSIONALS.

From my perspective, it would simply show that perhaps like in any other business transaction, the needs of the clients were fulfilled by the service provider, and before we get into the emotional effects of this scenario, which would actually answer why such a question would even exist in the minds of certain people, i can clearly state that I do not condone nor endorse the institution of prostitution as my personal belief is that indivuduals will find a way to hook up with each other through some form of an agreement regardless of any legislation that was written by the hands of a human being.

It brings to the light an interesting phenomenon which shows that in so many cases, the person who is writing the legislation AGAINST the industry of prostitution are some of its most supportive clients, which I would conclude is the reason behind the close interest in the subject matter as Tyra will be conducting another show next week in regards to Prostitutes on their first night on the job.

I actually conducted an interview the one of the young ladies at the Moonlite Bunnyranch brothel a few years back who shared some information with me, which at this time I am not at liberty to share with you.

Dennis Hof and a few of his crew appear to be regular guests on the show, as they are shown to be knowledgeable experts in the industry.
They also had a panel of guests of the show, one of them a moonlite Bunnyranch Regular, and he under anonymity expressed his reasons for frequenting such an establishment, which basically falls under what was stated above. A PLACE WHERE NEEDS ARE SATISFIED.

My tendency to look beneath the surface has led me to address a very interesting trend.
Each and every time I see some literature or television footage in regards to the Sex Industry, the individuals being portrayed as the foremost experts and authority in the industry are of Caucasian or Jewish decent as if those to classes of individuals hold the most knowledge and all others to be educated by them.

The only method that I could imagine that being accurate is if we were to add that the perspective is of the most frequent and active CONSUMERS of that industry, and all that is being stated comes from individuals who are actually past or present clients of the industry.

Jason Itzler, was on the Tyra show, sharing his insider information in regards to how the industry actually functions as his was a
HIGH CLASS UPSCALE ESCORT

operation, not to be confused with the ordinary stereotypical
Street Hooker operation

and Tyra and the shows producers actually censored his attempts to get a mainstream plug for his latest venture, due to the fact that he was not answering questions in a straightforward fashion, so the agreement was that if he was to share information with the people in the audience in regards to how to tell if a man is receiving services from a working girl, he would then be allowed to promote his business.

Before his recent notoriety and high visibility in regards to the subject of prostitution, he classified himself as the official King Of All Pimps, and interestingly enough, this “KING” found his way into our Myspace Friends list, and you are free to go ahead and give it a look and form your own opinions.
http://www.myspace.com/jasonitzler

We actually had an interview in the works, but it appears that he has renounced the title, due to his new attitude, and venture which is again, and upscale matchmaking service known as DNA DIAMONDS, which we will gladly plug here at PimpHop.com.

He in effect was sure to apologize for his past bad behavior and publicly renounce his title as a Pimp.

Whether its Bullshit or Fertilizer, those of us on this side of The Matrix,are aware that they are two separate names and usages for the same substance, and perhaps the FULL DISCLOSURE was that he was NOT nor has ever been a PIMP in the most official sense as in actuality according to an unwritten code, a PIMP is actually the Significant Other or Life Partner of a Prostitute as he is a rare type of man with the ability to accept the fact that his womans occupation involves her spending her energies with clients to fulfill their needs.

It lead to a long list of scenarios which fall under the title of double standard, as
Dennis Hof, has also laid claim to the title of PimpMaster General, yet only when convenient.

So, my question is in regards to when the term is applied to a African Americans, we are shown some form of a prototypical figure who dresses in bright colored or flamboyant attire, and talks in a other worldly slang vernacular, with a reputation of being abusive towards women?

We then also see some who while APPEARING to poke fun at this character type, wish to spend large sums of money playing dress up at costume balls, 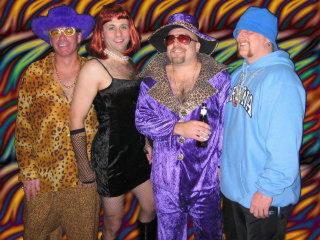 as well as developing and wearing hip and cool clothing labels which allow them to live vicariously through the images that they have in their own minds.

In regards to the WOMEN of the world, who like to play dress up,
my response is
DO YO THANG & Go GETTUM GURLLL, I Am Here To Help YOU!!

The types of attire in the overall institution of prostitution seem to remain constant, and allow some to act on an unmet need that society seems to discourage publicly, which perhaps is a sign of things to come in the near future.

As you can tell, I have plenty to share on the subject matter, and figured that this would be a good time to bring out the intellectual BIG GUNS, and see where it leads.

In closing, I will simply state that it has been stated that Prostitution is said to be
THE WORLDS OLDEST PROFESSION, and with an economy which is showing signs of a RECESSION, which has in the past led to a DEPRESSION, what you are seeing now on many social networking sites and in the world at large in regards to the popular behavior of many young women may be reflections of the collective conscious which point to the statement which Sigmund Freud once made which is
ALL MOTIVATION STEMS FROM AN UNMET NEED.
SOOOO.
Like The Song Says-
“Sweet dreams are made of this Who am I to disagree? Travel the world and the seven seas Everybody’s looking for something Some of them want to use you Some of them want to get used by you Some of them want to abuse you Some of them want to be abused”