What Is The Origin Of The Phrase ‘Karma Is A Bitch’?

It is another way of saying “What goes around comes around”.

To correctly understand Karma, one would have to frame it within reincarnation. According to that belief, you pay for what you have done in one life in the next life. A person who abuses their authority in one life could come back as a drug abuser in the next life. However, many who use the phrase mean it more in terms of recompense in this life, and thus the related phrase quoted at the beginning.

The bitch part is not aimed at Karma, the concept, but at the resulting punishment, where it refers to the unpleasantness of being punished for something you did. It is a taunt aimed at a person who is supposedly asking for the situation he is in due to his previous actions. So the person saying it, considers the one he says it to or about deserves to be punished because of something they did.

For example, someone so busy pointing and laughing at a person who had an accident, that he walks straight into a lamp post and breaks his nose. His friend who did not find the accident they saw funny, could say “Ain’t Karma a bitch?”. Moral Of The Story (Playa From The Himalayas Solution)

This public service announcementÂ isÂ just some humor to take us into the weekend on what is a winter cold spring Friday evening here in Southern California after the NBA Playoff games have been decided. 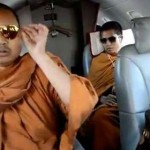 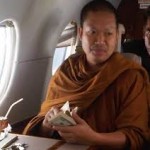 The subject came to mindÂ through reading this article about a sect of Gangster Mafia Buddhist Monks in Thailand earlier this afternoon, and as many times as we here (typo intentional) the phrase about Karma or Life being “a bitch”, the decision was made to open up an investigation into how others perceive the claim, leaving us to wonder just how many of the worlds most standard philosophical concepts were actually established in the same style of outside the box thinking and consideration of pimpish perspectives.