Ah yes, a perfect solution to a dilemma that I’m sure many have actually experienced in regards to who to support.

Personally, I have a great respect and admiration for BOTH democratic lead candidates in the running which has made it difficult to throw support behind either.

Barack Obama (B-DOT) has the interesting ability to connect across multiple platforms , with leverage that has not been seen in a commander and chief since the Kennedy administration.
Interestingly enough, the closest in regards to pure charisma, was Bill Clinton, spouse of Hillary, which as urban legend claims was the FIRST black president due to some of his HOOD TENDENCIES, including retiring with an office in Harlem NY. 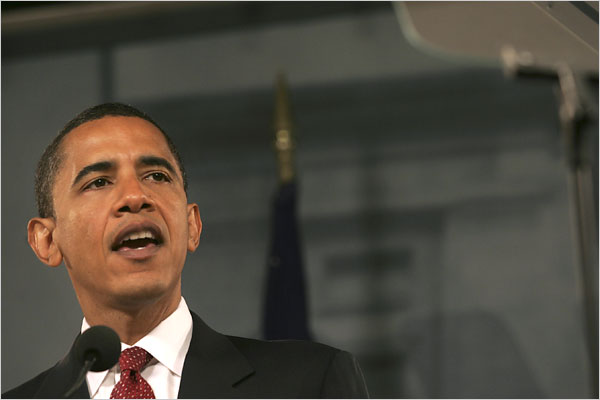 His (OBAMA’) ability to connect would have to correspond with his bi-racial heritage, which by default, forces him to have to be able to adapt to multiple sectors in society that traditionally have been at odds.

Hillary Clinton on the other hand does give that Woman’s Touch appeal that the nation could actually benefit from, as she does tend to add a bit of an EMOTIONAL VIBARANCE to her campaign which gives her somewhat of a humanistic appeal.At the same exact time, she does carry a track record of political experience that none of the current candidates can claim, as she actually ALREADY knows her way around The White House, as it was in fact HER OWN RESIDENCE between 1992-2000.

In a recent debate, the question was proposed as to whether or not, they would consider each working together on the same ticket, with one as the President, and the other as the Vice President after the democratic candidate has been selected.

Barack stated his loyalty and friendship to Hillary, which is what I believe has kept the race from turning scandalous with an abundant amount of mud slinging, yet B-Dot stated that it was to early to speak on the subject, and when the same question was asked of Hillary, she stated that she was in agreement with Barack. In the game of politics, that statement in itself would classify as an allegiance.

Therefore my prediction for Super Tuesday and beyond states that B-Dot will play the lead position while Hillary will act as back up in the VP chair.

Remember where you heard it first.