“Can it be that it was all so simple then?”
Wu-Tang Clan – Can It Be All So Simple

A person’s self-image is the mental picture, generally of a kind that is quite resistant to change, that depicts not only details that are potentially available to objective investigation by others (height, weight, hair color, gender, I.Q. score, etc.), but also items that have been learned by that person about himself or herself, either from personal experiences or by internalizing the judgments of others. A simple definition of a person’s self-image is their answer to the question “What do you believe people think about you?”.

Self-image may consist of three types:

These three types may or may not be an accurate representation of the person. All, some or none of them may be true.

A more technical term for self-image that is commonly used by social and cognitive psychologists is self-schema. Like any schema, self-schemas store information and influence the way we think and remember. For example, research indicates that information which refers to the self is preferentially encoded and recalled in memory tests, a phenomenon known as “Self-referential encoding”. Self-schemas are also considered the traits people use to define themselves, they draw information about the self into a coherent scheme. 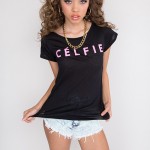 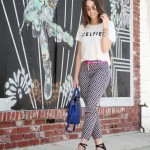 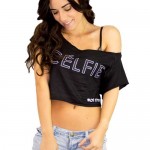 Authentically speaking, at the end of the day, this whole selfie concept seems to be what its really all about for a large number of individuals in this digital era, and you know what??? We aint even mad @cha!

A simple tweeking of some words and rearranging of some letters points to why this new favorite pastime has such an important role in the daily existence of so many individuals in modern society, and it is as stated….. “Self(ie) Image”.

The Wikipedia description above gives us enough data to put 2 and 2 together and come up with an answer of 22 by showing us that what most of us think about ourselves has much to do with the type of input that we receive from others that we internalize throughout our lives, as if social media is starting souls off from scratch as a blank page for the sake of having the world fill in the blanks for us, and lets just say that yours truly as the author believes that extra care should be placed on the decision of exactly who we allow to fill in this blank and give value to their opinions, with an awareness of the individual viewer’s own true self image and concept in mind.

With all of the intellectual mumbo jumbo out of the way, lets get focused on what is really important yet simple to understand at the same time, which is our image, and lets imagine a way to make this work most effectively as a social media revolution, that we can just add to the growing list of valuable different perspectives to consider.