This entry is going up as yet another mental note to self, which was initiated by the fact that we are continuously seeing more and more news stories and attention grabbing headlines about the death of a black man or teen, or just a variety of individuals in general, along with the subsequent actions or reactions that are taken by officials along with the masses after the death.

Now between us as friends, it does seem like this is what we can label as a #TrendingTragedy, in which individuals who may not really have much of a life, will spend the bit that they do have continuously focused on the tragic deaths of others that they can and do relate to, in an attempt to have something to occupy their time and attention with on social media websites and apps in an attempt to fit in with the struggle, which is real, but may very well be coming about in large part through individuals and their need to have there first be a problem in order to blame someone for, claim to be the victim of, and gain some sympathy and notoriety for a just cause which in itself is being caused in somewhat of a creatively visual way by people knowingly or unknowingly longing for a tragedy to happen, so that they can take part in the protests, rock Trayvon Martin tribute hoodies , Hands Up Dont Shoot Â Mike Brown Tribute shirts, post selfies and comments, and get propsÂ from their peers who are knowingly or unknowinglyÂ on the same fear of death frequency, and as it is said and known by the wise, there is nothing to fear but fear itself, as whatever you fear, it will eventually appear. 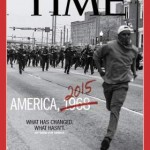 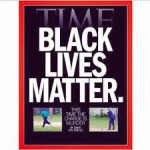 One comes across some interesting yet subtle truths about how people really work from working for a magazine, newspaper, or any type of publication that professes a certain type of ideology, including the one you are currently reading, and one of those truths is that people will often go through great lengths in the name of gaining notoriety and praise, and in this particular case as told and sold by TIME Magazine, pay a form of self sabotage by perceiving the matter perhaps in reverse of how it is actually happening which is the ultimate form of fuckery, because in order to serve the insatiable demand for notoriety, more blacks would have to suffer and or die in order for their to be violent and non violent protests to report on or nah?

Even deeper into The Matrix is the matter of validation, which would say that if blacks need whites and other non blacks to agree that Black Lives Matter, then it would make the white and non black lives matter even more as the demand for validation is what keeps the service supplier of it in business, and in this case again, with the death of black males so that blacks can have their voices heard and sentiments felt, by ways of white owned publications, news organizations, social media websites and apps, along with the technological devices that they run on.

In closing, my stance is still to each his or her own, along with the law of reciprocity consequences of the thoughts and actions which cannot be corrected after the actions are taken, so in this article, you can review a stance by Iceberg Slim with a Pimp interpretation by Rylan Branch, which asserts that while it (Pimp Book Title) may read as a story about the life of a black man as a pimp, it can also be viewed as the story about a black man who decided to pimp the story of his life, as the controversial term “PIMP”, is similar to the word “LIKE” in the current age, in the sense that the terms can and do act as verbs as well as adjectives as both Pimping and Liking are things that one can be, or do… on Instagram or Facebook.

Consider this matter of black lives from a new and improved perspective.